Nobody wants to be THAT guy…. “I have spoken openly to the world,” Jesus replied. “I always taught in synagogues or at the temple, where all the Jews come together. I said nothing in secret. 21 Why question me? Ask those who heard me. Surely they know what I said.” When Jesus said this, one of the officials nearby slapped him in the face. “Is this the way you answer the high priest?” he demanded. “If I said something wrong,” Jesus replied, “testify as to what is wrong. But if I spoke the truth, why did you strike me?” John 18:20-23 (NIV) 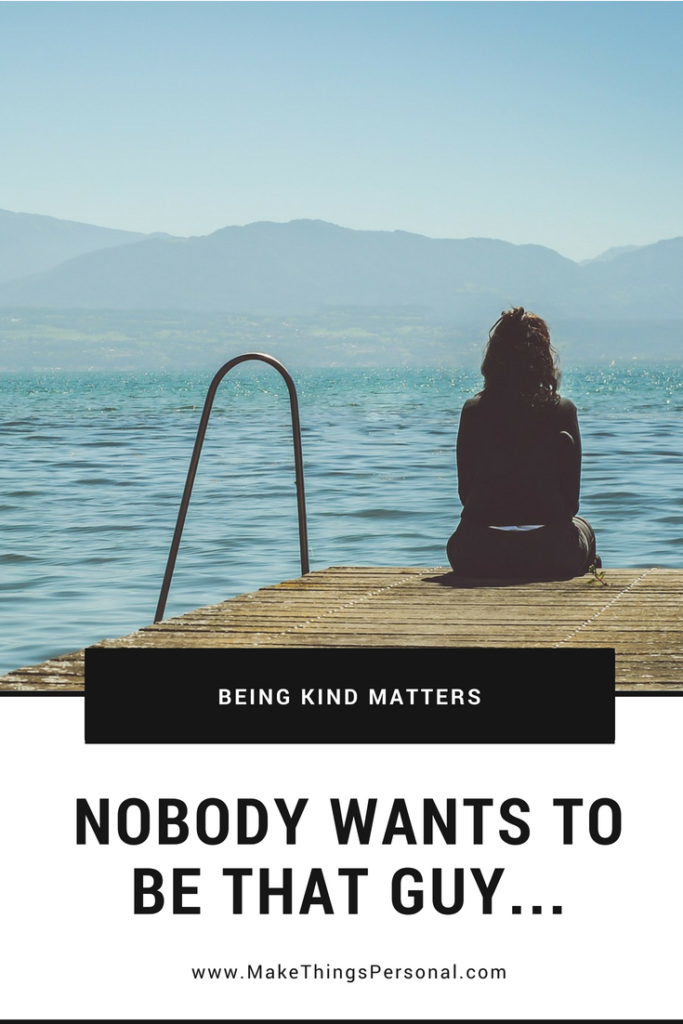 As I read this verse recently, those were the thoughts that shot through my mind… “Wow! You wouldn’t want to be that guy! How would it feel to learn at judgment that you slapped the face of God’s Son? Yikes!”  But then I realized we’re all guilty of something equally disturbing.

This verse always reminds me of Abraham. I’m not sure if he knew he was welcoming the LORD or if he realized it later, or not, but he was hospitable to the three men that visited.  (Genesis 18)  Although the Bible clearly says the LORD met him there by the trees, it says Abraham said, “If I have found favor in your eyes, my lord, do not pass your servant by.” And then he goes on to say that after their refreshment, they can go on their way. First, if he knew it was the LORD, I doubt he’d be calling him “my lord” as in lower-case master.  And second, if you or I knew we were talking with the LORD, we (and probably Abraham too) wouldn’t be saying they could go on their way after their refreshment.  We’d be saying either one of two things:  “LORD, please do not come near my house, because we are so sinful we might be destroyed if you come too near”, or “LORD please stay. Stay with me forever. Let me build you a house right by me.” I’m no bible scholar, but something tells me Abraham didn’t realize who he was talking to right off the bat, correct me if you know more details on this.  But for this article, whether he did or didn’t know doesn’t really matter.  The point is that Hebrews tells us we are to show hospitality to strangers because some have shown it to angels without knowing it.

The man who slapped Jesus in the face, at that time didn’t know who he was talking to.  He thought he was something special; a person of power.  He thought he was in control. He thought he was better.  He had no idea who Jesus really was.  On the outside, Jesus looked like a rebel, a trouble-maker to him. On the inside, he was holy and dearly loved by God the Father.

Have you ever talked down to anyone?  Like you’re better than them. Can anyone say sarcastic and sassy 13, going on 35 year old teenager? Guilty! (Sorry mom!) Have you ever avoided people you didn’t want to talk to for whatever reason? (Maybe they talk too much or are negative all the time, or they’re a low-talker??) I’ve been on both sides of this.

As busy moms, sometimes we think we just don’t have the time to talk to someone for 30 minutes. The baby is in the car seat, you’re ready to go home before they start crying, you think, If I get caught by so-n-so, I’ll be here forever. Lord, help us, we’re just a smidge-too-much like the guy who slapped Jesus in the face. We all get short-sighted and far too focused on the here-and-now.  Thank God for grace.

But I’ve also been on the other side too, when I went to talk to someone and their face almost instantly disfigured from annoyance. Ouch.  I would try again another time, same reaction.  You see them having wonderful conversations with others, so you begin to wonder what’s wrong with you. Not trying to throw a pity-party here…we’ve all been there. But I’m saying all this to say we need to be ever-so-kind with our words, facial expressions, and actions.

Most of us who call ourselves Christians would never dream of slapping Jesus in the face, but yet we demean his brothers, sisters and co-heirs with our rudeness, looks, and hurtful words.  We need to be mindful of how and who we’re speaking to.  We’re speaking to one of God’s masterpieces, one of his special creations, someone who is precious to God.

I tell my children, how would you feel if your brother or sister came up and said bad things about one of your crafts or purposefully damaged one of your things. “Angry, Mad” comes the replies.  And I tell them, that’s how God must feel when we mistreat his other creations, ie your brother or sister or mom or dad or friend… We have no idea what other people are dealing with on the inside, what they’re struggling with, what problems they’re having, so as the saying goes, we just need to be kind to them.  Let’s not be like “that guy” who slapped Jesus in the face.

It’s summed up so simply, that I think we take it for granted: “Do unto others as you would have them do to you.” Jesus said it over and over, to love others, like we would want to be loved. To honor one another. And not just our friends and those who look like us. (Even sinners do that.)

“Do not take revenge, my dear friends, but leave room for God’s wrath, for it is written: “It is mine to avenge; I will repay,”says the Lord.”  Romans 12:19

God makes it clear in His word, that he will avenge and I don’t know about you, but I do not want to meet face to face with His wrath.  I know that I am saved, and if you have believed in Jesus as your Savior, we will be in Heaven. But when we treat others unkindly, there are still consequences, both now in this life and in eternity.  Who knows what blessings we’re missing out on when we mistreat others?  Who knows how we could minister to them or them minister to us?  Who knows what good would come from being nothing but kind to others? And who knows what blessings we’ll miss out on in eternity after we give an account of every empty word we’ve ever spoken.

“But I tell you that everyone will have to give account on the day of judgment for every empty word they have spoken.” Matthew 12:36

So the next time you’re tempted to sass, or be cold, or rude to someone else, think of the guy who slapped Jesus. No one wants to be that guy.

“Gracious words are like a honeycomb, sweetness to the soul and health to the body.” Proverbs 16:24

Here’s a HUGE list of Scriptures about our Tongues & Words. 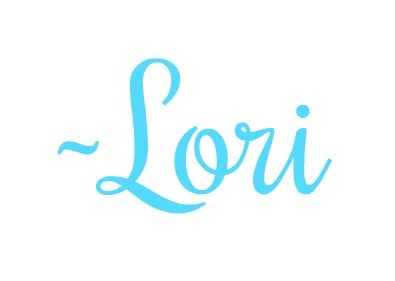 P.S. This article and blog may contain affiliate links, which just means that when you click on and purchase through one of my links, you’re helping support our family and my ability to stay at home with my children and write. Thank you so much for stopping by!

–Resources to help you grow in Kindness– 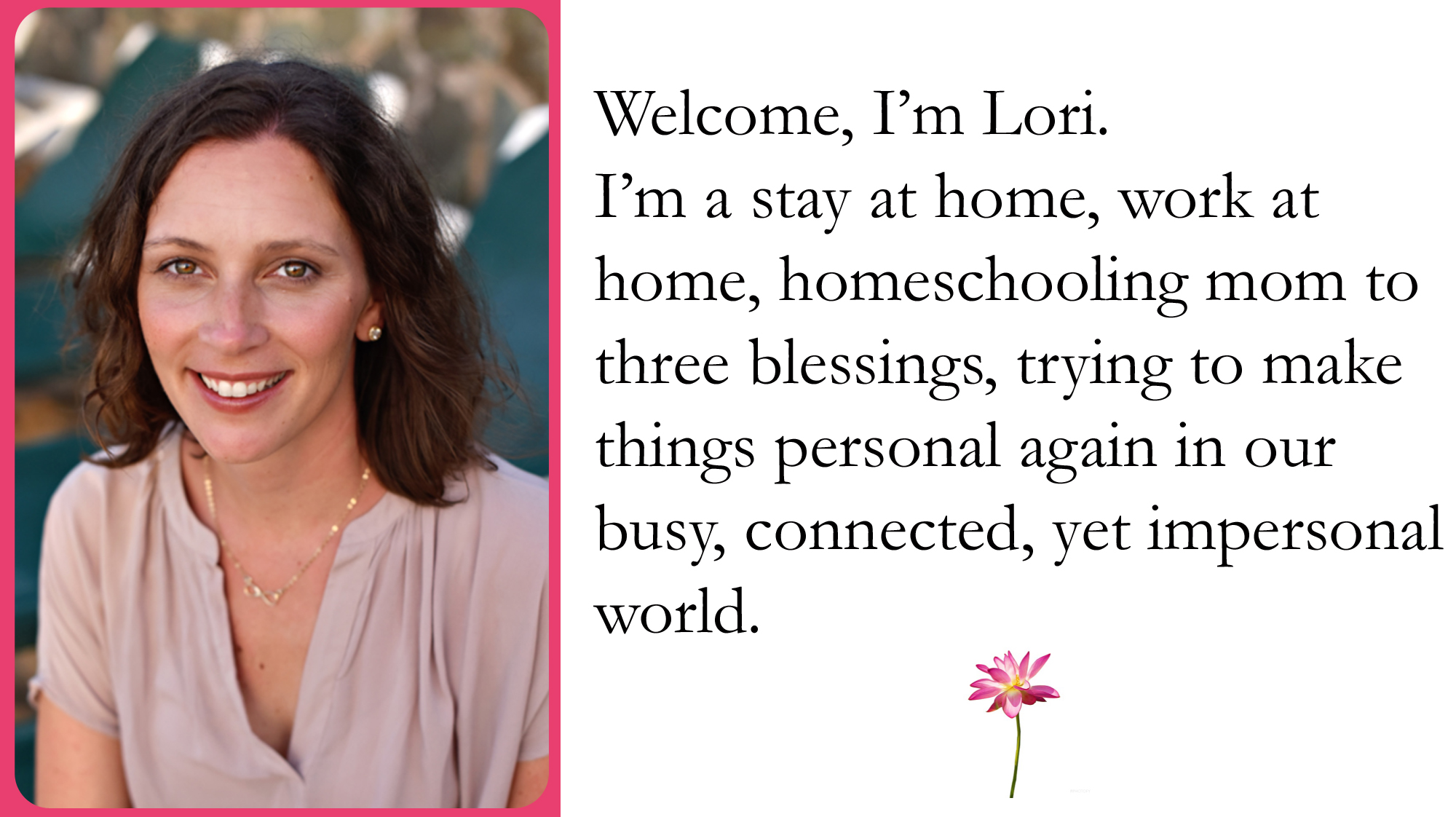